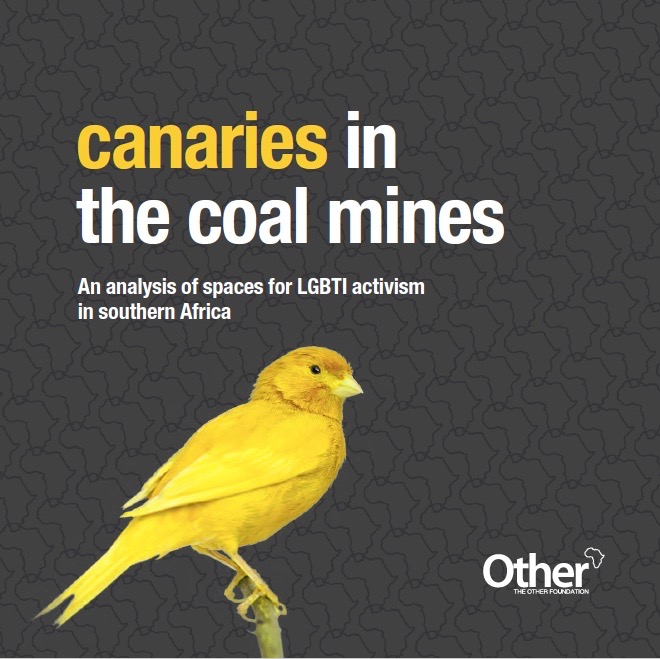 Like coal miners used caged canary birds, whose death was a warning sign of toxic gases in the mine tunnels, homosexual women and men, and transgender and intersex people in southern Africa are at the coalface of the multiple dangers in many of our societies today. How our societies treat lesbian, gay, bisexual, transgender and intersex (LGBTI) people is symptomatic of the dangers facing all people who are excluded in some way or another in our societies, by those who have a grip on social, economic, and political power.

To assess the depth and nature of social exclusion of LGBTI people across southern Africa and better understand how LGBTI groups are organizing to transform that reality, the Other Foundation commissioned studies of ten countries in southern Africa: Angola, Botswana, Lesotho, Malawi, Mauritius, Mozambique, Namibia, Swaziland, Zambia and Zimbabwe participated in the development of the studies.

Mark Gevisser, the lead content advisor for the studies, distilled the results into this summary analysis that maps the key commonalities, differences, and trends across the region.

While the dynamics are complex, the reports find a symbiotic relationship between legal and policy reform on one hand, and change in social attitudes on the other. This plays out in “progress” and “backlash” cycles in the different countries in the region.

Relevant and useful resources that inform the work of LGBTI groups around the region will be developed from this analysis through a consultative process with activists across the region. 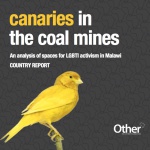