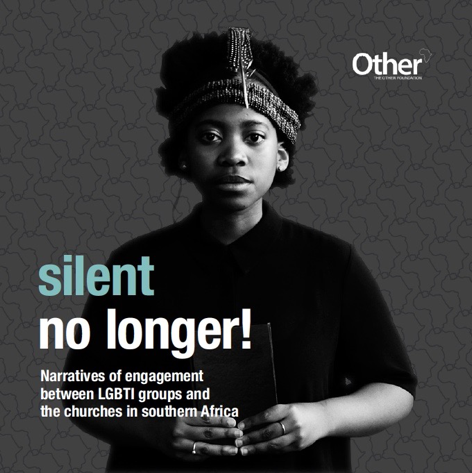 South Africa, like the rest of the African continent, has been grappling with the increasingly visible reality of homosexual and bisexual women and men, as well as transgender and intersex people. Increasing numbers of lesbian, gay, bisexual, transgender, and intersex (LGBTI) organizations and openly LGBTI individuals populate both the public sphere and many people’s private lives.

The struggle for equality and social inclusion of LGBTI citizens is intensifying in the region. Since the population remains deeply religious, religion plays a vital role in this struggle.

This report examines the state of engagement between LGBTI groups and the churches in southern Africa in regard to both the propagation of homophobia and the promotion of equality and acceptance of LGBTI people.

Click here to download a copy of the scoping study Silent no longer!, by Masiiwa Ragies Gunda.