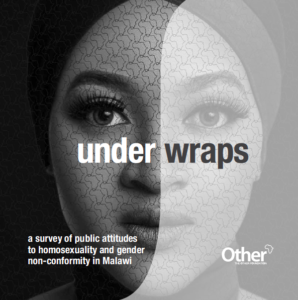 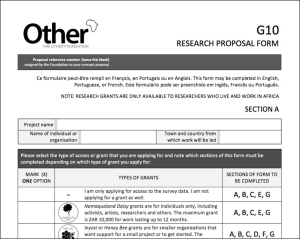 Building on the grounbreaking success of Progressive Prudes, South Africa’s attitudinal survey of attitudes towards homosexual and gender non-conforming people and the first statistically sound survey of its kind in Africa, 1,300 Malawians across a geographically representative sample were interviewed in their choice of three different languages to gather the first statistically sound, nationally representative survey of opinions about homosexuality and gender non-conformity in that country.

The Other Foundation seeks expressions of interest to work with the data in a variety of ways with this dataset that is now available to the public.

The Other Foundation will support interested researchers to work with activists and advocates to deepen this knowledge and analysis further, so that more insights can inform their efforts to advance the human rights, safety, and social inclusion of gay and lesbian people in Malawi.

In particular, the Other Foundation is interested in supporting work that explores:

The Foundation is also open to hearing other ideas and proposals.

To apply for access to the data and for a research grant, follow the links above. Applications will be open throughout a 12-month period ending on 30 November 2020.